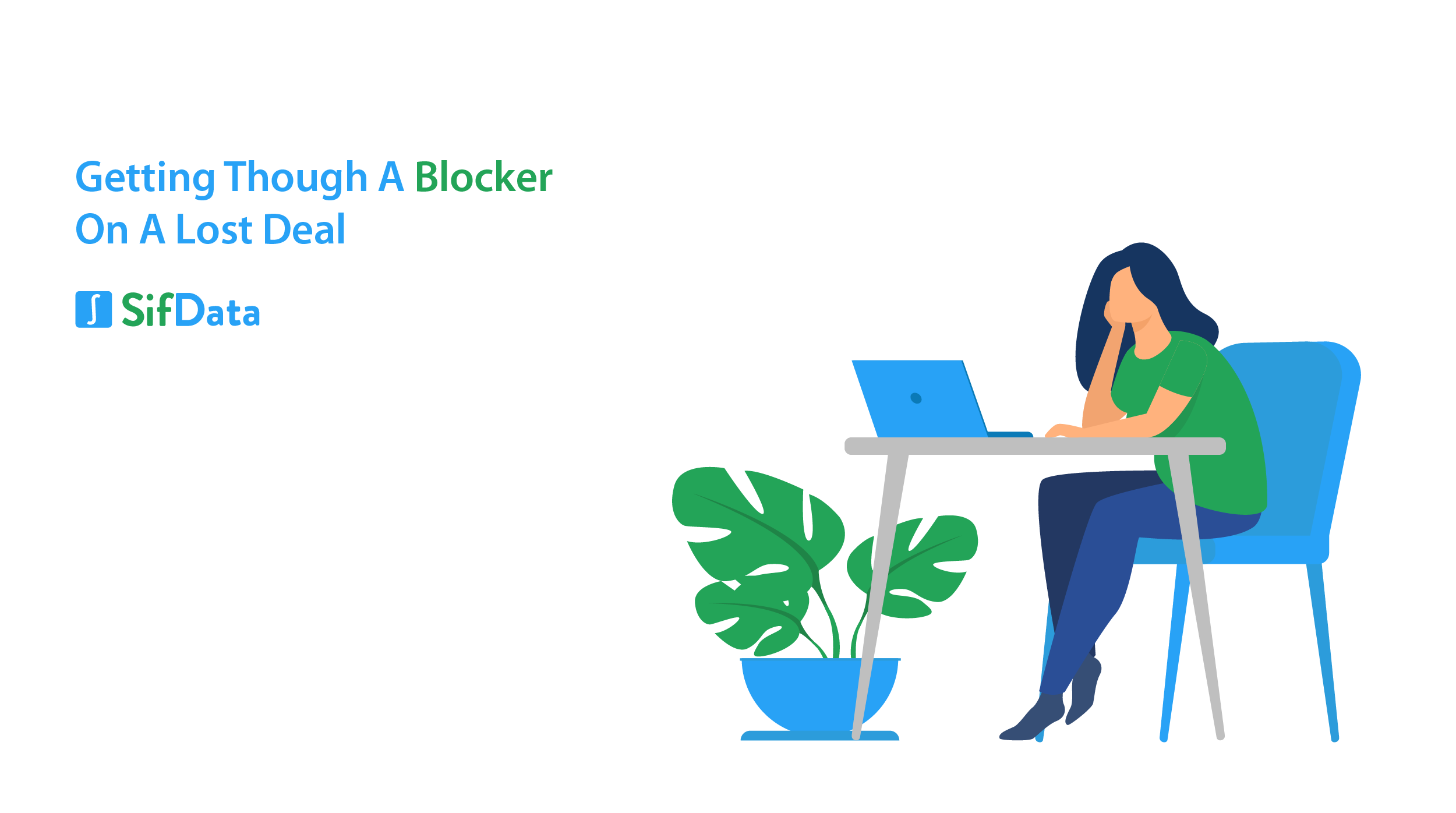 It happens to everyone. It doesn’t matter if you’ve got the best product, the lowest price or both; you’re going to lose deals from time to time and that’s never mode evident than the first day of a new quarter.

Even if you exceeded quota there are those deals in the back of your mind that you thought you had in the bank.

Your champion said they could get the deal done – “the contract is sitting on the exec’s desk” they’d say; “the exec stepped out for a family emergency but if you can send it via DocuSign I’m sure they’ll get it knocked out”; then the clock ticks past midnight on the last day of the quarter and your champion has bad news: “At the last minute a competitor you didn’t know about swooped in edged you out.”

Not only are you frustrated that you missed out on that deal last quarter but you’re not going to get the deal this quarter, or the next. All that effort you put into getting stakeholders aligned, getting commitment from executive sponsors and proving ROI were for nothing. You could see the finish line but just couldn’t cross it.

Now you’re faced with the prospect of looking at your territory and seeing an account that is now impenetrable. You likely wonder how things went so wrong and what you can do about it.

Forward thinking reps see this as an opportunity. Because the customer made a decision at all is ideal because it shows that they’re already bought in on the value of a solution like yours. The problem you face is that the exec chose the other option.

In any deal there are plenty of blockers, gatekeepers, etc. that can turn things sideways at any moment and going above or around them can be very hit or miss.

A better option is to bide your time and look for them to move. In any given renewal cycle there’s a 30% chance your decision-maker will be gone and that trigger is an ideal opportunity to displace a competitor. Whoever replaces that blocker will likely come in fresh with an eye towards improving processes and ripping out tools they aren’t familiar with.

A savvy rep will track all of the stakeholders in Sales Navigator but odds are most reps don’t have the time or discipline to make it happen; 30% of those sales reps will be gone before the next deal cycle comes around anyways.

What can a company do to take advantage of a lost deal knowing that their reps tend to be inconsistent about tracking customers and somewhat transitory?

If you’re looking to go down the manual route of tracking contacts for job changes we’ve seen companies create a centralized Sales Navigator account that’s managed by the operations team and others that are looking to automate the entire process will use SifData to track any contact for movement in the CRM.

We’ve touched in the past on why tracking this intel in Salesforce is so valuable so we won’t go into it here. What’s more important is to know that just because a deal was lost, hope isn’t necessarily lost with it. There’s a significant chance that your blockers are going to be gone within a year and taking advantage of those changes is the easiest way to take that logo back.