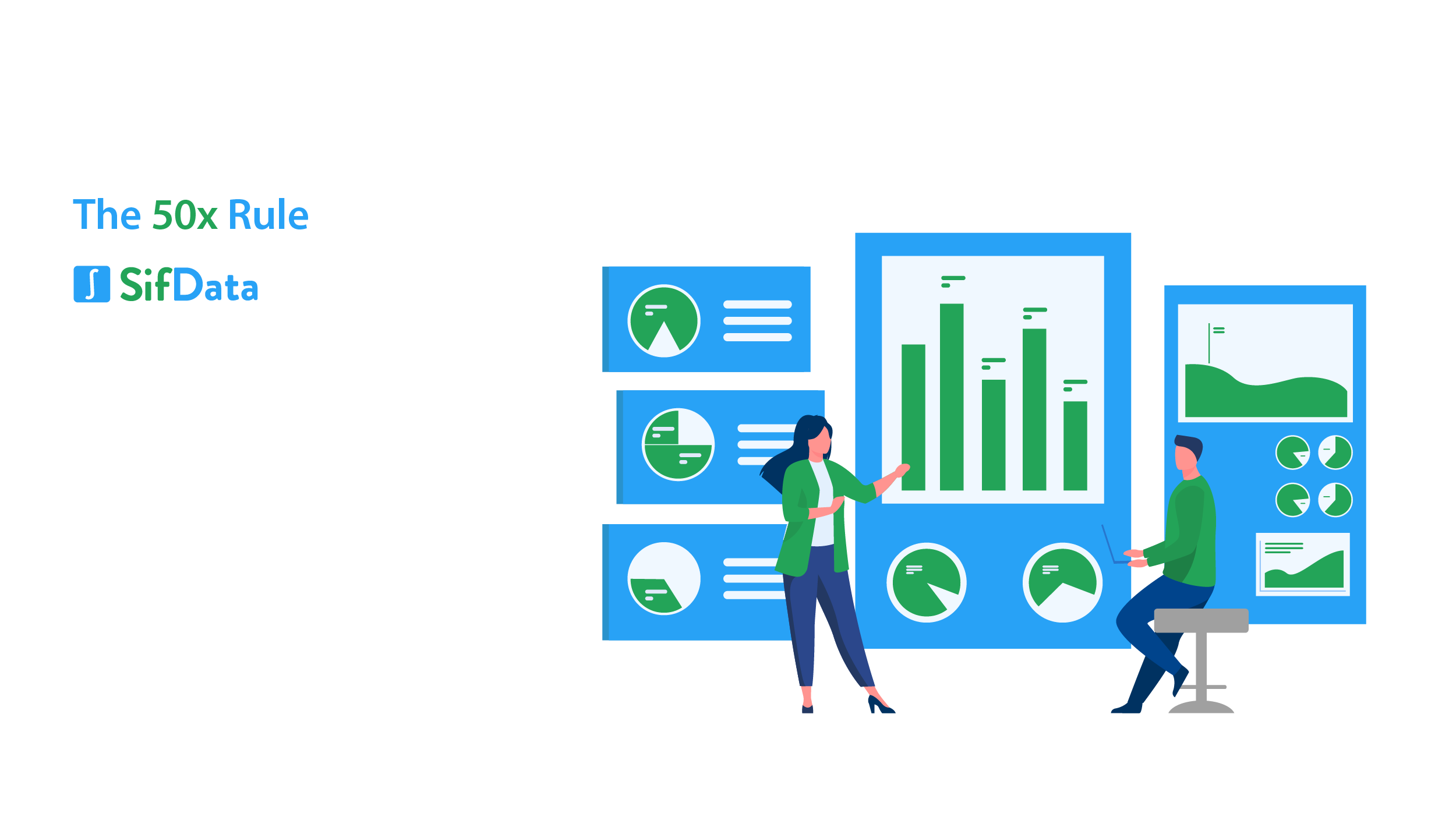 By now, most folks in tech are probably familiar with “The 10x Rule”, especially on the sales side but if you’re not, the key takeaways are this: Set goals ten times higher than you’d normally set them, and then do ten times the amount of effort to reach them. Easy right?

In the B2B Sales space 10x is a stretch but at SifData we’ve been working with clients to apply what we call the 50x Rule.

The 50x Rule: Any meeting you set should have 50x the likelihood of closing as a standard opportunity.

What does a 50x opportunity look like? Let’s look at an average opportunity set up by an SDR with their BANT notes:

– Budget: Datanyze shows they’re using a complimentary/competing product
– Authority: VP or above, likely controls a budget
– Need: Your product fills some gap they may or may not know about
– Timing: They’re willing to take a meeting

Now let’s look at the notes for a 50x opportunity:

– Budget: Prospect purchased and renewed our product at his last company(XYZ) where he/she controlled a budget of $XMM
– Authority: Prospect was the one who put pen to paper at XYZ
– Need: New company has the same gap that we filled at XYZ which increased productivity for them by X%
– Timing: Prospect is new in his/her role and is evaluating their tech stack, he/she is looking to rip out vendors they’re unfamiliar with

It’s clear that any rep would prefer the latter but unfortunately reps spend all their time chasing standard opportunities. The reasons are pretty straightforward: there hasn’t been an easy way to find opportunities like this without at least 50x as much time digging around in Salesforce and Linkedin. In an ideal world your reps would get notified of this without having to do any additional work. We built SifData specifically to solve this issue by surfacing job changes among customers and prospects at scale in Salesforce.

If you’re still not convinced here’s some data put out by Salesforce that explains how Customer Referrals have a 50x close rate of a standard email campaign opportunity.

« THE PROS AND CONS OF LINKEDIN SALES NAVIGATOR