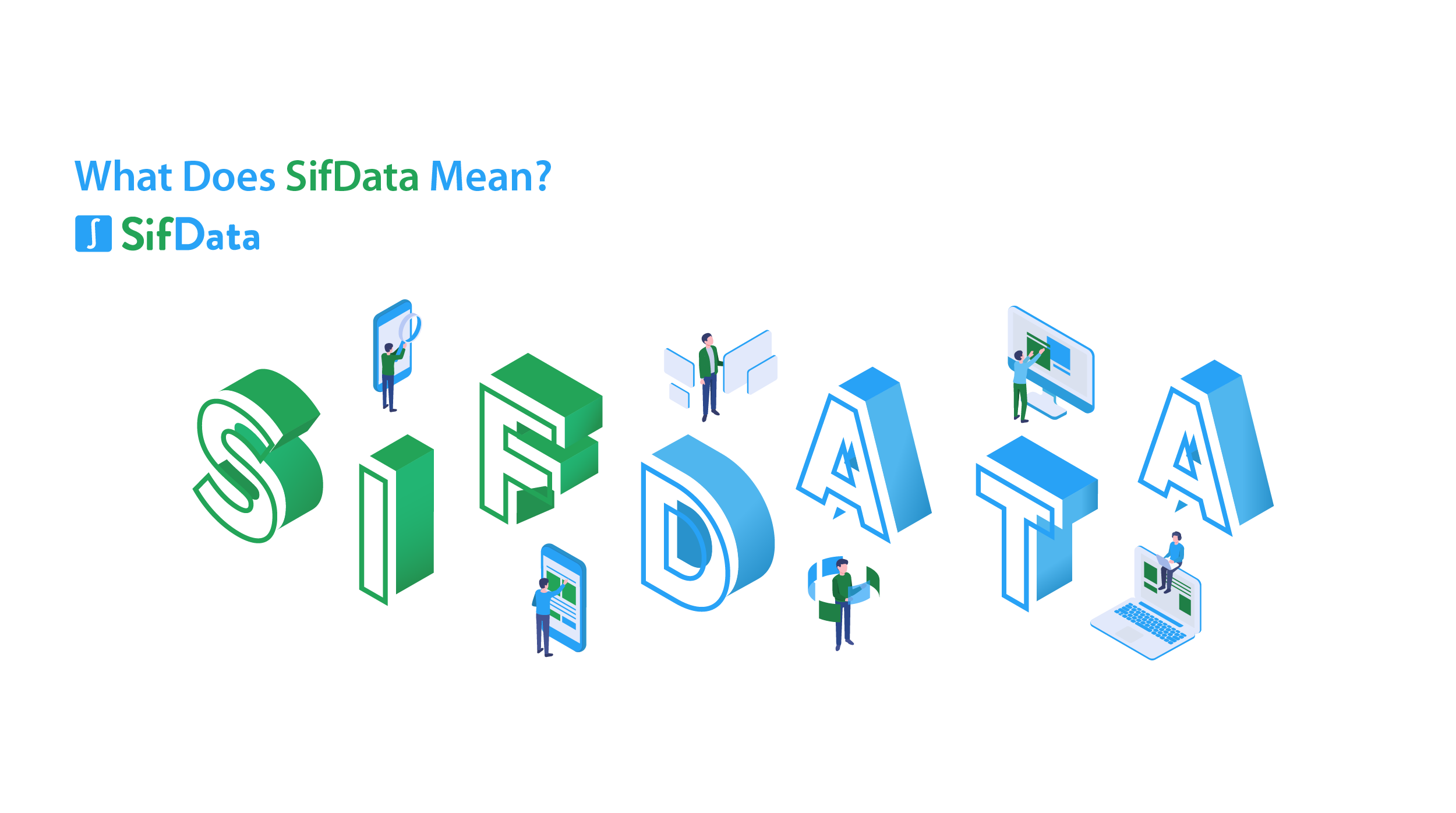 Back in February of 2014 I first had the idea for what SifData would become. I had this concept of tracking when folks changed jobs and had even started prototyping the product out. As is natural for any first-time entrepreneur I figured that coming up with a company name was really the first test.

For folks who’ve never tried to do this, picking a company name is far more difficult than you’d expect. Like naming a dog, child or giving a friend a clever nickname you want something that’ll stick and not make you cringe when you hear someone mispronounce it.

My must-have’s for a business name were:

My nice-to-have’s for a business name were:

Simple but not easy”

Coming up with a business name out of thin air was a real challenge. Luckily, there were some tools where you could plug in a domain and it’d spit out if there was a facebook, twitter, url, etc. available which cut down on a lot of searching back and forth.

What I ultimately ended up doing was looking for uncommon suffixes and prefixes to words and tried to build off of that. Ante, Auto, Contra, Dis, Extra, Inter, Macro, Micro, Sym, Uni – none of them sounded right.

As I struggled to come up with a decent prefix I thought back to my days in the military. I had served in the US Army Rangers prior to college and wanted to use something from my time there to be reflected in the name or slogan of my business. What I ended up landing on was the term Sif. This came from a group of special forces soldiers we worked with overseas that were named CIF(pronounced Sif) teams. CIF teams were a special ops group, you can read more about them here. Unfortunately, CIF was a little confusing for folks who weren’t familiar so I had to change it to Sif to make it easy to pronounce.

Once I had settled on Sif- as the prefix I needed some domain that would work. What I found was that Sif was not a common prefix for most domains so I really had the pick of the litter when it came to choosing what domain I wanted. Knowing that data would be closely tied to whatever service we provided(even if we were to pivot) it seemed like a no-brainer that SifData would be the way to go.

Since launching the company I’ve been really happy with the name. It meets all of my must-have’s as well as the nice-to-have’s and even better, I didn’t have to pay for it.

One challenge that’s come up is that pretty consistently folks pronounce it S.I.F. Data which isn’t really an issue but is something I end up having to correct.

I know there are a ton of entrepreneurs out there looking to get started who focus too much time deciding on a company name. My recommendation would be to come up with a great solution, make a list of must-have’s and go from there. It’s too easy to fall into the trap of trying to find a perfect company name. In my opinion, perfect is the enemy of good.

« GETTING THROUGH A BLOCKER ON LOST DEALS